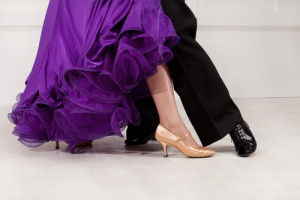 Leave it to a group of college kids to get creative in their effort to be fight cancer. The IFC/PanHellentic Dance Marathon, also referred to as THON, is an annual happening at Penn State University that culminates with a massive event to raise awareness and funds to fight Pediatric Cancer.

According to The Huffington Post, “The IFC/PanHellentic Dance Marathon (THON) is a yearlong effort to raise money and awareness in the fight against pediatric cancer, which concludes with an exuberant 46-hour no sleeping, no sitting dance marathon.” This year, there were 15,000 Penn State students who participated in the fundraising effort. THON has historically attracted many first year students who end up committing to the initiative during the entirety of their education at Penn State. This year, the participating students ended up raising over $13 million for the Four Diamonds Fund at the Penn State Hershey Medical Center.

Thousands of Penn State students participate in raising money for Thon, but only 703 students were selected to be dancers in Thon 2015. For many of the Penn Staters, it’s one of the highest honors a student can receive. Most of these dancers are either representative of the various 900 plus student organizations on campus or individuals that chose to fundraise for the cause independently. Since the inauguration of the IFC/PanHellentic Dance Marathon, the students have raised over $127 million for the fight against pediatric cancer.

Now, the Pennsylvania House of Representatives will recognize the efforts of the THON volunteers. State Rep. Kerry Benninghoff and State Sentator Jake Corman have led the efforts in recognizing the volunteers. The House resolution text states that “THON has inspired similar events and organizations across the United States, including at high schools and institutions of higher education and continues to encourage students throughout the nation to volunteer and stay involved in great charitable causes in their communities.”

Learn more about this incredible Penn State initiative to fight cancer and the people that make it possible by visiting. thon.org.