Ever wondered what CEOs at nonprofits make? According to Charity Navigator’s 2016 Compensation Study, executives from America’s leading charities earned a median salary in the low to mid six figures. The study is based on 2014 tax information gathered from 4,587 charities.

Charities included in the study reported at least $500,000 in donations and more than $1,000,000 in total revenue from their two most recent years. As could be expected, there is a direct correlation between budget and compensation—the higher the budget, the higher the salary.

The study also found that the higher the charity’s total expenses were, the lower the CEO’s salary. But perhaps most fascinating is the differences in compensation as it relates to charity mission. Charities that specialize in research, for example, have the highest paid CEOs. Meanwhile, religious charities have the lowest paid CEOs.

But although the average salary was set in the low to mid six figures, that’s not to say that there weren’t outliers. For example, a total of 10 charities rewarded their top executive with earnings of more than $1,000,000. However, all 10 of these charities had expenses that exceeded $13.5 million.

There were also 66 charities that paid their top executive $500,000 a year. These charities had annual expenses that ranged anywhere from $3.5 to $13.5 million.

Charity Navigator, America’s largest independent charity analyzer, has just released a list of 35 fake charities. None of these charities are registered as 501(c)(3)s, making their public donation solicitations illegal. Unfortunately, this also means that any donations made to these charities are not tax deductible. In most cases, once the donation has been made, there is no chance of getting it back. Take a look at the list below and make sure to share it on social media to protect other donators from being scammed.

To avoid being scammed, Charity Navigator always advises donators to request the organization’s Employee Identification Number (EIN). An EIN can be used to verify whether the organization is registered as a 501(c)(3) nonprofit. However, take note that even official 501(c)(3) status offers no guarantee that the organization is legitimate. Further research is needed to fully evaluate whether a charity is worth donating to. One key thing to look for is tax information. Genuine organizations will openly provide this information, as well as a complete breakdown of how donations are spent. For more information on how to protect against charity fraud, click here.

Charity Navigator is a website that ranks charities based on their financial transparency and accountability. Below is a list of ten charities that consistently receive the lowest rating the website has to offer, meaning they perform far below industry standards in a variety of areas.

Children’s Charity Fund, Inc.: Only 7% of their money goes towards their programs. Their fundraising efficiency is incredibly poor. They also lack an independent Board of Directors and many other key components to maintaining transparency.

Firefighters Charitable Foundation: This organization also only allows 7% of its expenses to be spent on programs. In addition, they do not release essential financial information to the public.

Wishing Well Foundation USA: In addition to not releasing financial information, they have no conflict of interest policy. For every $1 raised, $.82 was spent by the organization.

The Committee for Missing Children: Only 12% of the expenses are for programs for missing children. Essential financial information is not released.

Shiloh International Ministries: For every dollar earned, $.81 is spent on expenses for the company.

California Police Youth Charities: Do not release audited financials, and they have no conflict of interest policy.

United States Deputy Sheriff’s Association: The program expenses are only 5.5% of the total expenses. They have no independent board of directors.

The Association for Firefighters & Paramedics: Only 2.4% of the total expenses go toward providing the support the association offers. There is no transparency in this organization

You want to put your money to good use, and you want to help people, but there are a lot of charities out there, and figuring out how, or who, to give your money can be daunting. Luckily, Charity Navigator is here to help. 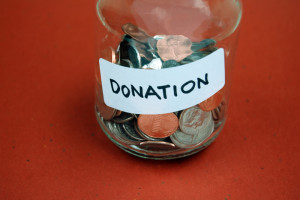 Itself a non-profit, Charity Navigator researches and evaluates other charities along a variety of metrics. They seek to get as much information about charities into the hands of potential donors as possible. If you want to know whether a specific charity is deserving if your hard-earned cash, you can search them by name from the database. You can also browse for charities by categories or search based on keywords.

They also provide a wide range of lists of best and worst charities according to their research. The 10 Charities Overpaying their For-Profit Fundraisers, for example, lists charities that spend too much on fundraising, and as a result don’t donate nearly as much of their proceeds as they could. Or the 10 Charities Worth Watching list includes lesser known but highly effective charities. Lists like these can help you find new charities to support, and avoid poor decisions. After all, you want to help people with your money, not support some professional fundraiser.

They also host a number of articles to help donors make informed choices. They offer advice articles, informative pieces, and offer a number of guides for donating. A big point in their research is transparency, as the willingness of a charity to tell donors how their money is spent is important in choosing where to donate. One way to know that Charity Navigator is serious about their mission is that they offer a wealth of articles about their own processes. From a glossary of terms, to articles about how they rate charities and what those ratings mean, they offer visitors insight into how they help guide intelligent giving.

So the next time you’re considering a new charity, look them up first!

As we saw last year with Superstorm Sandy, in the wake of tragedy we see two sides of the coin: incredibly generous people and unfortunately greedy ones. After Sandy hit last year, millions of dollars were “donated” with good intentions to charities that ended up being scam organizations. All that money, intended for victims who truly needed the support, was instead given to greedy individuals looking to capitalize off of others’ loss and generosity.

This year, the scale of devastation in the Philippines is far worse than what Sandy wrought. The need for aid is even more than it was, and thus far the delivery of said aid has been incredibly difficult. Those looking to support victims of Typhoon Haiyan should be cautious and careful in giving donations to avoid being scammed out of money.

Typhoon Haiyan is said to be the most powerful and destructive storm to ever hit land, and so far more than three thousand have been confirmed dead—with thousands more missing.

Check out Charity Navigator to see which nonprofits are well established and have a good track record for putting donations to good use. Charity Navigator also has a list of 22 organizations that are getting supplies and help to people in the Philippines—and that are safe to donate to. And never donate to groups that fall under these categories:

Always check out the organization in question’s website as well. With every natural disaster, there are always fake websites that pop up for the sole purpose of scamming do-gooders. These sites are generally thin on content and details, whereas real nonprofit organizations won’t be.

If you are called by a telemarketer, always remember that you don’t have to donate and can terminate the conversation at any point. And if the group turns out to be real, you can always go to their website and donate at a later date.

Charity Navigator is a website for philanthropic people to investigate whether a charity is financially sound, has accountability and is transparent with donors.  The aim of Charity Navigator is to create a more efficient way of charitable giving, and provide a place for donors to monitor the progress of organizations they report.  The organization uses a star rating based their findings, with a four star rating as the highest possible award.  Only about 25 percent of organizations receive a four star rating, with less than 10 percent of organizations receiving the highly respected award more than two years consecutively.

In thirteen years of operation, Charity Navigator has become the top agency for reviewing charitable organizations.  Methodology not only includes the percentage of donations used directly for the cause but also the ability to sustain its programs over time.  Only seven charities have earned 12 consecutive four star ratings since the inception of the project, including the Carnegie Institute for Science, Compassion International, and Goodwill Southern California.  Four star rated charities score a 60 or above out a total score of 70 available points.  Recently, the Colon Cancer Alliance became one of the elite organizations with its third consecutive 4 star rating.  CEO Jasmine Greenamyer said they were honored by the rating, and will remain committed to bringing the best possible use of funds contributed by donors.

Charity Navigator’s website also gives users the ability to seek reputable organizations assisting in disaster relief.  By clicking on the “Hot Topics” page, visitors to the site will be shown a list of recent disasters with links to how to help.  Users can also search by categories of a cause; such as animals, the environment or education.  Overall, it is a useful site and respected organizations for anyone looking for more information on how to give smartly and effectively.

Charity Navigator rates charities based on two broad categories: Financial Health and Accountability & Transparency. These two categories reveal how efficiently charities will use your money, how committed they are to accountability, and how sustainable their visions are for the future.

Charity Navigator has compiled multiple “Top Ten Lists” for some of the top-rated charities, and they organize their rated charities by topic so that you can donate to causes that you really care about.

Want to donate to a great charity? Want to watch your money do real good? Find more tips for smart donating here.