Berta Cáceres, an environmental activist and member of the Lenca indigenous people of Honduras, was assassinated in the home of a friend at the end of February. She had been staying there due to recent threats against her life. She was 44 and a mother of four. Two of her children had already left Honduras for their own safety.

Cáceres was a long time activist, and most recently was working to oppose the Agura Zarca Dam project, one of the largest hydroelectric plants in Central America, and one which threatens the Gualcarque River and the Lenca people. That dam was being built in without having followed rules Honduras had agreed to follow in order to protect indigenous peoples and their land. As Cáceres and others mobilized support against the dam, the builders responded by militarizing the region, and in February she and others were confronted by the Honduran army, dam workers, and local law enforcement and detained.

Honduras has a poor record for environmental and indigenous rights issues, and has recently been judged responsible for numerous violations by the United Nations Inter-American Court of Human Rights. It was following this judgment that the country revised rules for land development which should have prevented the Agura Zarca Dam project in the first place.

Berta Cáceres is not alone in having been assassinated for her activism. A close friend, Thomás Garcia was killed in 2013, and in fact hundreds of activists are murdered each year across the globe because of their work. Human rights groups which track such information report that 116 people were killed in 2014 alone, 40% of whom belonged to indigenous groups. Human rights experts believe that these number are probably low, as many such killings take place out of the way and in hard to reach locales, meaning that there are likely more, unreported, slayings.

Things are weird for Feed the Children at the moment. In June, the Oklahoma based charity’s founder, Larry Jones, was ousted, and sold the rights to videos, papers, and other property belonging to the charity for $1. Those rights were bought by former Texas lawyer Edward Roush, Jr. who has since referred to the charity as the “Enron of the nonprofit world,” and claims that they need a serious housecleaning.

Among other things, Roush claims that, when he visited a warehouse he was shocked to find that there was no food there, just books. The charity responded that he simply didn’t enter the part of the 120,000 square foot warehouse where they actually keep the food, and that all six off their distribution centers are well stocked.

Roush is also suing the charity for libel, claiming that one of their lawyers made disparaging remarks about him. The charity’s lawyers are trying to get that case dismissed, as they see it as frivolous, because what was said about Roush was substantially true, and because they see it as intimidation. They claim his attempts to take over the charity are part of a nefarious plan, although what that plan might be is unclear.

What is clear, however, is that Roush no longer practices law because he was convicted for tax evasion in 2007. He was also involved in a stock fraud scam. Roush claims that he voluntarily left law after the trial, which he claims was politically motivated.

Regardless of why Roush is no longer practicing law, despite his claims to only have the good of the charity at heart, he seems to be using some rather draconian tactics to get his way. He also threatened the charity with a class action lawsuit involving donors. If he really does just want to make the charity better, he seems to have chosen a round about, and potentially destructive way to do so. 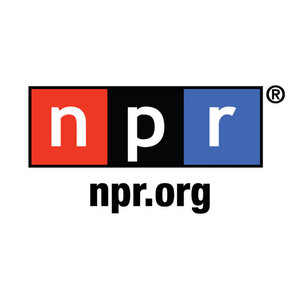 National Public Radio (NPR) is a nonprofit membership media organization that exists as a national syndicator to a massive network of public radio stations in the U.S. The organization is funded with the help of public and private donations, and relies heavily on the generosity of the public. NPR is a renowned source for high quality storytelling, and vigorous reporting.

Recently, NPR received a massive donation from four major foundations, three NPR trustees, as well as other private donors, which totaled $17 million. The funds are reportedly going to help the national nonprofit broadcaster expand its news coverage in various areas, as well as improve its media platform. According to The Chronicle of Philanthropy, much of the donation will go towards NPR’s “listening platform,” which will “aggregate material from its national programming and from member stations and tailor it for individual listeners based on their location and preferences.” As NPR spokeswoman Anna Christopher Bross explains, “What Pandora did for music, we’re hoping to do for spoken word and for news.”

The John S. and James L. Knight Foundation is reportedly giving $5.4 million, which will go towards the new listening platform, the organization itself, and member stations. The Bill and Melinda Gates Foundation also offered a generous donation, as did the Wallace Foundation and trustees and their spouses Paul and Heather Haaga, William and Lia Poorvu, and Howard and Fredericka Stevenson. Tom Hanks and his wife Rita Wilson also reportedly donated $25,000 to the organization, a generous sum that was conditional upon 750 people signing up or renewing their memberships. Happily, the condition was met, allotting NPR even more funding, as well as many new memberships.

For more information about NPR, visit the organization’s official website.

Part of this is due to the fact that people can access charities much easier these days—we have the Internet to keep us up to date, aware, and constantly prompted to give back. Giving has also become a matter of pride to many, who have formed giving networks and made it their mission to communicate needs of communities all over the world.

Giving has increased not only in developed nations like the United States and the United Kingdom, but also in developing countries with fast-growing emerging economies like India, Brazil, Latin America, and China. For example, according to Bain & Co’s India Philanthropy Report 2012, India’s contribution rate among its wealthiest amounted to about 3 percent of their total income (from 2.3 percent the previous year)—and many expect they will continue to increase their giving in coming years. India has one of the fastest growing economies in the world.

Perhaps part of the reason giving has increased globally is the fact that the youngest generations (millenials) were “born into an era of globalization and the distinction between local and global has increasingly blurred.” These youth don’t necessarily feel obligated to keep their investments and donation limited to causes in the United States or their home countries. Global awareness has skyrocketed in the past few years, and now we find ourselves painfully aware of the lack of basic necessities and the scale of poverty in developing nations. Now we can implement change on a global, rather than local, scale.

The rise of technology has effectively caused a rise in awareness and therefore humanitarianism. Although country lines, oceans, and political ideals may separate us, we all retain one identity that is the same: global citizen. As long as we stay connected and aware of the world, it’s likely that goodwill will continue to spread and grow.