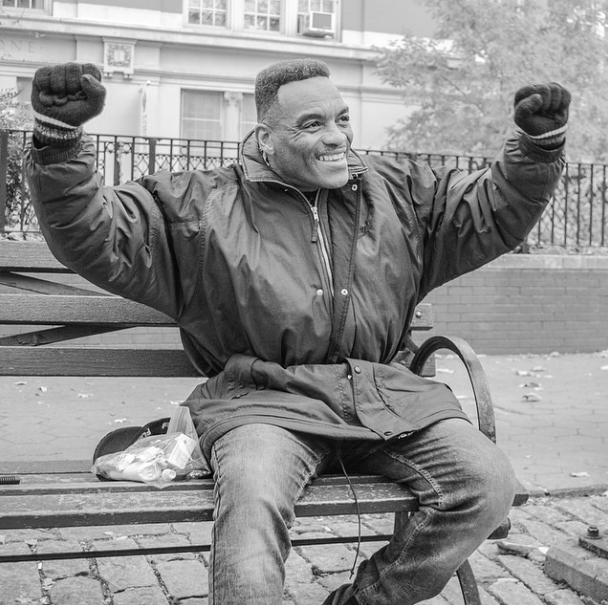 Mark Bustos is not your average hairstylist. His clientele is high-end, his services start at $150, and in his free time, he cuts hair for the homeless.

According to The Philippine Star, “In open spaces where most people can see, Mark approaches homeless folk in a friendly way, sitting down at their level and speaking face to face with this opening line: ‘I want to do something nice for you today.’” Even though the New York-based stylist does most of his pro bono hair cutting in the Big Apple, Bustos and his girlfriend LaLa Javier actually started the project in the Philippines where his parents are from. Back in 2012, Bustos and Javier rented a chair in a local Pampanga barbershop and began giving away haircuts to children who couldn’t afford one.

Fast forward to 2014 in New York City, where Bustos has been restoring dignity and happiness in people who are down on their luck and living on the streets, one haircut at a time. “The experience is always different, yet very similar,” says Bustos of what it’s like cutting hair in different cities. “No matter what part of the world you are in, everybody loves the feeling of having a haircut. It is a universally known luxury that every demographic and walk of life can appreciate.” 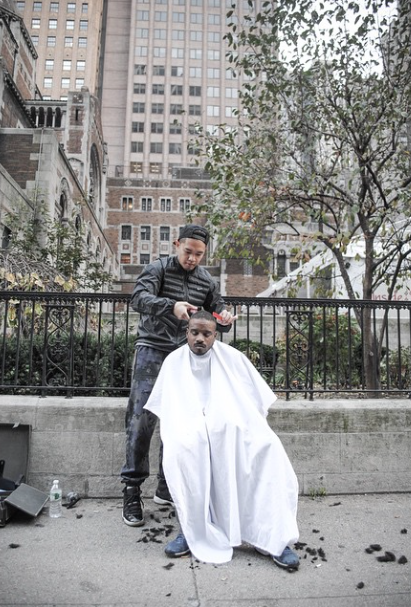 In addition to cutting the hair of homeless people in New York, Bustos also gives them a homemade care package put together by Javier. These packages typically consist of hygiene products like toothbrushes and facial wipes, simple snacks like granola bars, and a small first aid kid.

Although the do-gooding couple knows they probably won’t irrevocably change anyone’s lives through their kindhearted efforts, they do hope to put a smile on someone’s face for even just a moment. Bustos also hopes that his project will inspire others to do good and reach out to those in need. “I hope that people will follow my lead and gain inspiration to help those who are less fortunate,” he says.